For thirty years, Florical has been the leader in television automation and our products have been deployed at some of the biggest names in TV and Cable. From high profile cable networks, network owned and operated stations, individual network affiliate stations and PBS stations, Florical has been the company broadcasters and cablecasters have turned to for solutions and software.

Since 1995, Florical has been offering the TV industry ShareCasting. Florical also pioneered HybridCasting, where a station can either run in Centralcasting mode, ShareCasting mode or as an Independent station dynamically throughout the day. 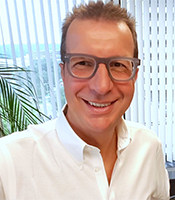 Philippe Generali is the President/CEO of RCS worldwide. He joined RCS USA in 1996 as Product Manager and served as Vice President of Operations. In 2000, Philippe was promoted to President of RCS.

In 2003, he created a new division, Media Monitors, the highly successful market research company that employs RCS fingerprinting technology with several data production centers around the world. In 2007, Philippe added the duties of President/CEO of Florical Systems division, a leading television automation company. In 2010, he took the helm of Mediabase and then in 2012 brought HitPredictor into the Mediabase family.

Prior to moving to the United States, Generali was the head of RCS Europe, where he spearheaded the company’s growth for more than a decade. Generali is an established leader in computer technology and management, stemming from his early school days in radio, with a technical engineering background. He was the driving force behind the US music research index, Mscore and the listening analysis tool, Audience Reaction, for which he was recently granted several patents.

He is a member of EGTA and sits on the IRTS board. He holds a degree in Mathematics/Physics from the University of Orleans, and a Masters of Engineering from ENAC in France. Generali is an active member of the New York-based Market Research Council and is a collaborator with New York’s Flatiron School, lending his expertise in data science to their curriculum. 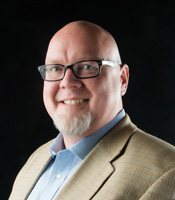 Shawn joined Florical Systems in 2006 as Senior Vice President and General Manager. Florical Systems has been a leader in television master control automation since the beginning of 1985 with a product called TimeShifter. Prior to Florical, Shawn served as the Director of Operations for NBC Universal from 2001 to 2006, overseeing the Southeast Hub in South Florida. Shawn brought his operational experience to Florical by designing Smart Central and several award winning products including Acuitas. Shawn attended Marshall University where he majored in Psychology. Shawn is married to his wife, Jennifer and they have five children. 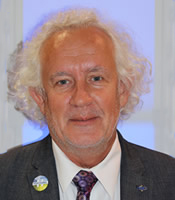 Dr. Eric Piard has been the Vice President of Research and Development for Florical Systems worldwide since 2006. He originally joined the software development team at Florical in 1996, when Florical was doing its major transition from a DOS based platform to Windows NT.

He is responsible for the strategic vision and planning of product development He stays on top of the latest trend in IT and Media related technologies and participates in the SMPTE, ATSC and SCTE standards communities.

While Eric is not working, he enjoys Florida’s beautiful landscape and weather by riding his Ducati motorcycles year round, enjoying scuba diving in the local caves or ocean reefs and wrecks in the ocean. And also quenching his outdoor thirst with ski or backpacking trips in the mountains of Colorado, his native Alps, South America and Asia. In the tradition of the French bon vivant, he always seeks out interesting culinary and libation offerings as a pastime. 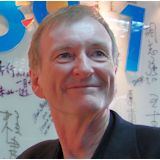 Mike Powell is a former British newspaper and radio journalist who hosted top-rated morning shows on several UK music radio stations before transitioning to station management. He was Program Director of County Sound (Guildford, UK) from 1984 to 1986 and then CEO from 1986 to 1991 – growing the group to eight radio stations. Powell designed the programming for award-winning station, Fox FM (Oxford) – a joint venture with Capital Radio (London).

Mike was the CEO of Infinity Radio, which then merged with UKRD Group where he built the group to over 20 radio stations and associated companies.

In October 2002, he joined RCS as Vice President of its International division, which then led to his most recent title of SVP, International Operations and Chief Compliance Officer. Mike is instrumental in facilitating Florical’s international relationships.